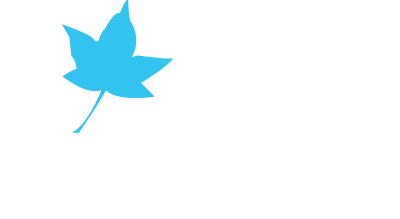 Planning a funeral can be a stressful affair. Thankfully, if you need to plan a funeral, you don't have to do it alone. Your local funeral director is always there to offer support and advice. When my mother passed away, I knew that I would struggle to plan her funeral alone. I contacted my local funeral service and they offered me a great deal of help in choosing the venue, the music and sorting out other aspects of the service. The day itself went really well and knowing I had given my dear old mom a good send off, really helped me to come to terms with her death.

A loved one's death is devastating and heartbreaki …

A funeral service is a time of both celebration an …

It is never easy trying to handle the logistical e …

Losing a loved one can be pretty stressful. In add …

'...in this world, nothing is certain except death …

'...in this world, nothing is certain except death and taxes.' The Benjamin Franklin quote applies to this day. Nobody can escape death, which is often accompanied by funeral expenses. Just like any other significant expense, saving for your funeral arrangement is crucial since it spares your loved ones from financial stress while grieving. While there are different ways to save for future funeral arrangements, a pre-paid funeral plan is arguably the best option. You pay monthly instalments to the funeral home of your choice over an agreed period. Notably, some people have never heard about pre-paid funeral arrangements. Here are crucial facts about such plans.

Contrary to what some people think, funeral insurance and pre-paid funeral plans are entirely different. When you take a funeral insurance policy, you pay premiums to an insurance company. When you pass on, the assigned beneficiary can use the payout on different expenses other than your funeral arrangement. For instance, a beneficiary can use a funeral insurance payout to settle medical bills or credit card debts. On the other hand, a pre-paid funeral plan is not that flexible. Since you pay monthly instalments directly to a funeral home, no other person or party can access the money. Thus, you can rest assured that every cent of the final payout will be used towards your funeral arrangements.

Long gone are the days when you could not use the words 'funeral' and 'unique' in the same sentence. Today, you can customise a funeral however you want, and pre-paid funeral plans make it possible. All you have to do is sit down with a funeral director and draw a plan of how you want your funeral to look like. For instance, you can include an indigenous band, a unique casket and specific types of flowers. Once the list is ready, a funeral director calculates the total cost, the basis of your pre-paid funeral plan.